Malignant tumors of the cervix is the most common cancer type of the female genital organs. A distinction separation is made between cancer of the cervix and cancer of the uterus. The two types of tumor each start from a different tissue and differ in terms of early detection, symptoms, diagnosis and treatment. 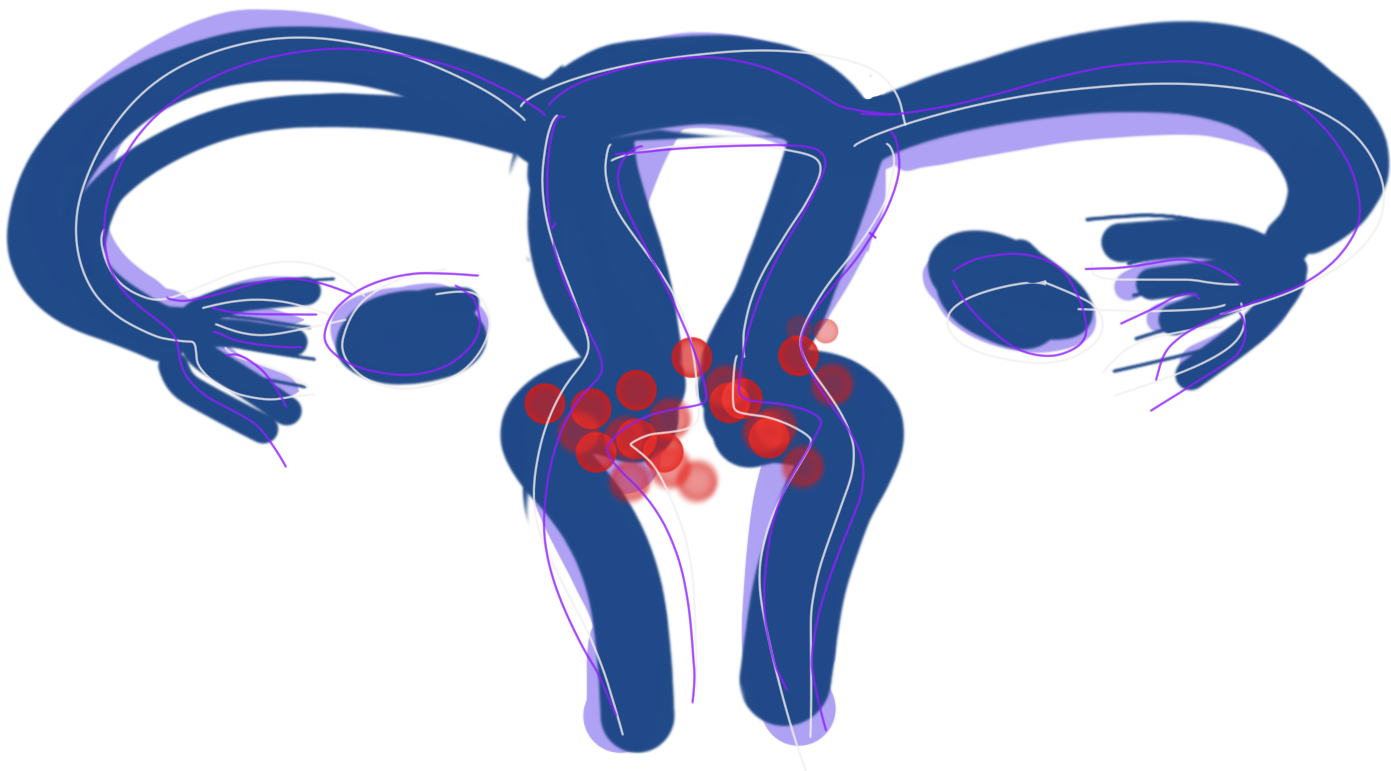 Malignant tumors of the cervix (cervical carcinomas) originate usually from squamous epithelium in the transition area (transformation zone), the region between the cervix and the vagina. In rare cases, they originate from the glandular cells that line the cervical canal (adenocarcinoma). The cancer development is a process that takes years and mostly involves virus-associated (HPV) cancer precursors. For example, women develop in-situ carcinoma, the preliminary stage of cervical cancer, at the age of 34, and invasive cervical cancer at 55.

The number of deaths from cervical cancer has declined sharply over the past 30 years. The frequency of illness varies with age. Women between the ages of 40 and 59 are particularly affected. A second increase in frequency occurs after the age of 60. Precursors and early forms of cervical cancer are found primarily in women aged 20-40 years. The relative five-year survival rate after diagnosis of an invasive cervical tumor that has metastasized is approximately 70 percent.

Cervical copolscopy is used to identify early abnormal cells at the cervix area and for detection of cervical cancer. The doctor unfolds the vaginal walls with a metal spatula, the speculum, and positions a special examination microscope (colposcope) in the vagina up to the cervix. Colposcopy allows for a 6 to 40 times magnification of the surface of your vagina and cervix. This way, the smallest areas of abnormal cells, tumors and bleedings become visible. In case of a suspected area of aberrant cells a cell smear will be carried out, if, malignant tissue is suspected, tissue removal (biopsy) becomes inevitable.

Pap smear (Pap-Test) is the microscopic examination of cells in a cell smear from the cervix for the early detection of abnormal or cancer cells and its preliminary stages. It is based on the assessment of stained cells from the cervix. Cells are removed by scraping and brushing from the cervix and spread on a slide, stained with a special staining solution which identifies malignant cells and microscopically quantified.

HPV Test. An infection with human papilloma viruses is relatively easy to detect now-a-days. Tests are available that detect the genetic material from human papilloma viruses (HPV). In younger women, HPV infections are common. Here, a positive test would only raise unnecessary concerns and additional investigations. Therefore, a so-called HPV test should only be carried out at young age if a conspicuous result has been demonstrated or above 30 years of age.

For the HPV test, cell material is obtained from the potentially infected area via a mucosal swab or from a small tissue sample. Various HPV types can subsequently be detected the laboratory. The HPV test, however, only provides a snapshot. Since HPV infections can heal on their own, a negative test result doesn’t mean an infection has never occurred. Similarly, a positive test result, is no immediate cause for concern, as 70% of the women becomes infected with HPV at some point, however, only few develop cancer. But if the result is positive, special care should be taken to have regular check-ups scheduled so that progressive cell changes can be detected early.

Cervical cancer can be treated with surgery, radiation, and chemotherapy. Which treatment option is the best depends on the size of the cancer, its stage and whether a pregnancy needs to be considered. If discovered in an early phase complete removal by surgery would be the optimal choice. In case of physical complaints, the tumor is often already in an advanced state and therefore more difficult to treat. Cervical cancer can be best treated in specialized centers where oncologists/gynecologist work in a multidisciplinary team together with, anesthesiologists, pathologists, radiation therapists, and psycho-oncology for instance.

Operation (conization). Early-stage cervical cancer is typically treated with small surgery (conization) to specifically cut out he tumor only. This procedure involves cutting away a cone-shaped piece of cervical tissue, leaving the rest of the cervix intact. The operation is carried out via the vagina, under local or general anesthesia. After conization a woman can still become pregnant.

If conization is insufficient, a larger part of the cervix (trachelectomy) and/or the entire uterus (Hysterectomy) are removed. Parts of adjacent organs or connective tissue may also be removed. To do this, surgery is performed under general anesthesia via the vagina, or via an abdominal incision. A hysterectomy can cure early-stage cervical cancer and prevent recurrence. But removing the uterus makes it impossible to become pregnant.

Radiation. Radiation therapy uses high-powered energy beams, such as X-rays or protons, to destroy the cancer cells. The uterus can be irradiated from the outside through the skin (external beam radiation therapy) or from the inside through the vagina (brachytherapy). During the treatment, care is taken to protect the surrounding tissue as much as possible. However, since it is often unavoidable that the rays also hit surrounding tissue, side effects and consequential damage such as bladder problems, dry vagina or inflammation of the mucous membranes can occur. Radiation therapy is often combined with chemotherapy as the primary treatment for locally advanced cervical cancers (chemoradiation). It can also be used after surgery if an increased risk on recurrence exists.

Chemotherapy is a drug treatment that uses chemicals (cytostatics) to kill cancer cells. It can be given through a vein or taken in pill form, or sometimes a combination of those. For locally advanced cervical carcinoma, low doses of chemotherapy are often combined with radiation therapy, since chemotherapy may enhance the effects of the radiation. Chemotherapy alone can be used for relapse or if the cancer has spread to other parts of the body (distant metastases). Chemotherapy is usually given at regular intervals. It also affects healthy cells and can therefore induce side effects.

Antibody therapy. In addition to chemotherapy, so-called antibody therapy can be used. It targets cancer cells by, for example, blocking their blood supply thereby inhibiting tumor growth. The drugs are mostly given by infusion. Antibody therapy is usually only considered an option, if the cancer is advanced or recurrent and all other treatments do not work.

Making decisions about your care:

The choice of therapy is an individual decision depending in particular on the location and size of the tumor(s), your age and general health status. It is important that you talk to your doctor in detail about the findings and the chances of recovery (prognosis) of your illness. Get a detailed explanation of the various therapy options and find out the possibilities of participating in a clinical trial. Well-designed, well-conducted clinical trials are the only way to determine the actual effectiveness of a promising new drug or intervention that is being studied.

Should participation in clinical trials be the NEW standard of care for women with cervix cancer?

E-mail: This email address is being protected from spambots. You need JavaScript enabled to view it.